The industry of cruise ships comprises of two distinct segments – that of ocean cruise liners and small cruising vessels. While luxury cruise liners are still being built for a luxurious travel experience, those who own small cruise boats are creating a market whereby travelers can seek local maritime cruising by bays and harbours. 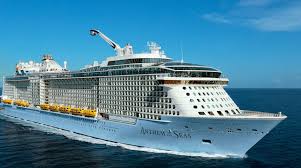 There are several travelers who enjoy attractions and amenities offered on mega-size cruises. A market has also emerged for small vessel owners who can offer alternative maritime cruises. There are several coastal regions that have scenic waterways and bay areas that can be great for travelers to explore in summer months. These comprise of small and large vessels.

For instance, the Pacific coast that lies between Skagway, Alaska, Washington State and Olympia span about 1000 nautical miles. This region has road and rail connections but there is an open stretch of seawater, about 40 nautical miles which lie between Calvert Islands and Bull Harbor. This opens up to the Pacific Ocean. Here there are coastal channels that are sheltered as well as coastal islands of depth and width that can allow cruise ships or ferry vessels to go through.

There are tourists who opt for cruises from Seattle as well as from Vancouver which are close to the airports of both cities. The cruise ship terminals being located close to the airports the cruise ship operators can have transportation to shuttle clients to and fro between these two terminals. There are large ships that berth by Seattle as well as small ships as well. They can access several lakes, channels, and bays across the Tacoma, Olympia, and Seattle regions. Big ships can sail between Vancouver and Seattle and Tacoma metropolitan areas. Several channels with scenic surroundings exist in Vancouver area along with inland waterways such as Skagit Bay, Padilla Bay linked by Swinomish Channel.